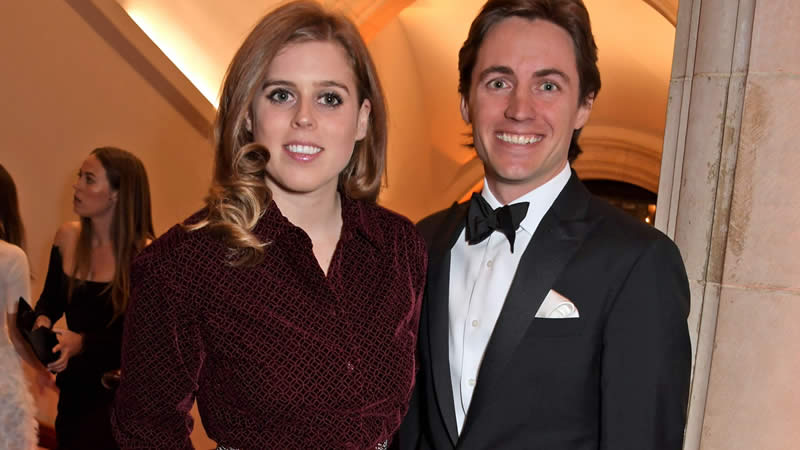 Princess Beatrice’s wedding is fast approaching, and new details on her nuptials to Edoardo Mapelli Mozzi are continuing to roll through. After deciding on a date, venue and even gifting, the couple are now confirming their wedding party – and the crucial best man decision is certainly guaranteed to melt a few hearts.

On Friday, it was announced Edoardo’s three-year-old son, Christopher, would be main groomsman.

An insider told MailOnline: “I can confirm that Wolfie will be best man.”

As well as making history as the youngest best man at a royal wedding, Wolfie will also be expected to hand his dad the rings on the day.

According to a close friend, Beatrice, 31, and Edoardo, 37, asked the three-year-old to carry out the role because they wanted to show just how much he was loved by his stepmother. Cute!

Wolfie’s mum, American architect and designer Dara Huang, is expected to attend the day, which is being being held on 29 May at The Chapel Royal, St James’s Palace, followed by a private reception hosted by the Queen in the gardens of Buckingham Palace.

While it’s also been confirmed that Prince Andrew, who has recently been embroiled in a public scandal surrounding his links to convicted paedophile Jeffrey Epstein, will walk his eldest daughter down the aisle on the big day.

Beatrice and Edo have selected an “intimate” venue in The Chapel Royal, which was where the wedding of Queen Victoria and Prince Albert took place in February 1840. The chapel can hold around 150 guests, although it’s likely many more will be invited to the subsequent reception at Buckingham Palace.

You will never be alone my love, my heart is your home. Hand in hand, today, tomorrow and forever. 💍 Photo Credit @misanharriman 🙏🏻

The couple first went public at an appearance at a gala at the National Portrait Gallery in early 2019. Although it didn’t take long for them to announce their engagement last September by posting loved-up snaps of them together in Italy.

In a statement, the couple said: “We are both so excited to be embarking on this life adventure together.

“We share so many similar interests and values, and we know that this will stand us in great stead for the years ahead, full of love and happiness.”

The countdown is on!