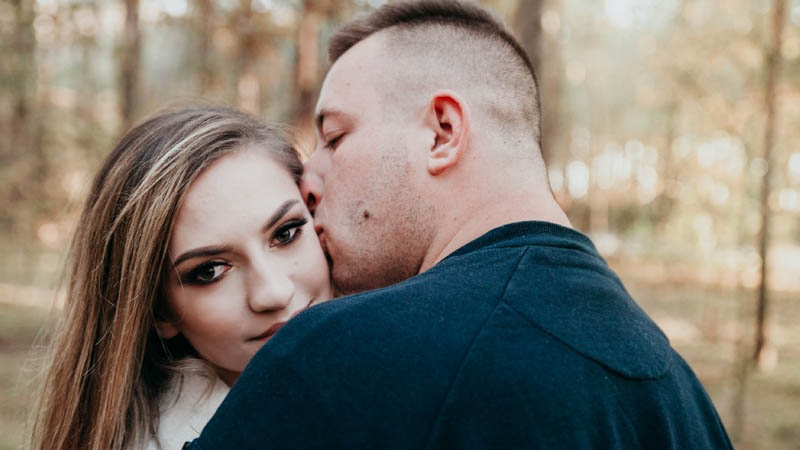 bit skeptical of his claim since he had a lifelong history of infidelity (lies), and most poly people I’ve encountered are serious about ethical (honest) non-monogamy.

We were already broken up when he made his announcement, so his dating choices did not directly impact me. It did, however, offer significant food for thought as I began to explore the dating world after becoming a mom. To be fair, I do consider one of my best relationships to be my connection with a poly man I lovingly call Mr. Atlanta.

One-on-one vs. More than two

In case you missed it, non-monogamy seems to be on the rise. Personally, I’m alright with that because I do believe that monogamy isn’t for everybody. Especially the way we tend to do it in the US.

We tend to latch onto the idea of a single soulmate. One person to somehow “complete” us and make us understand why every other relationship has failed. Um, so it’s pretty unrealistic.

A lot of us mix up love with codependency–and I’ve certainly been a grade A clinger as someone who manages borderline personality disorder.

The good news is, of course, that we can all get better at love. And we can all decide for ourselves whether or not we are better suited for monogamy or non-monogamy. At the end of the day, however, I’d say the only way to practice non-monogamy responsibly is to be ethical about it.

Ethical non-monogamy, in a nutshell, means that all parties are given accurate information about their relationship(s). Though the actual practice and details will vary, the common thread here is that you do not deceive or otherwise lie to your partner(s).

Personally, I don’t think monogamy or non-monogamy is any better than the other. Both relationship models vary widely, both have common pitfalls, and both work best when practiced responsibly. And when it comes to couples who decide to open up their currently mono relationship to “try poly,” it pays to avoid some disasters which come from buying into these common missteps.

1. Believing that poly can repair their broken relationship.

Have you ever known a couple that added a baby to their already shaky ground? It’s not pretty. Opening up a mono relationship is a lot like adding a baby to the mix. More people means more responsibility, not less. More communication. Less time. Greater self-awareness. Less selfishness.

I see a lot of couples who choose polyamory as a direct response to cheating. Kudos for wanting to stick together and work through it, but you really need to repair that broken trust bit first.

Can you imagine walking into that mess as a third (or fourth) party? We not only need to respect ourselves and our partners enough to pursue health in our connections–but we owe the same thing to anybody new whom we choose to invite into our lives.

When a fractured couple opens up their relationship, it often leads to heartbreak because there is already a lack of trust festering in old wounds.

2. Looking at potential partners as commodities rather than people.

Most single women in the dating pool today have encountered a heterosexual couple looking to add another woman to the mix. This is often called unicorn hunting, and for good reason.

The couple is essentially looking for the perfect bisexual or heteroflexible female to come in and meet their desires.

It’s not uncommon to use people in monogamy, and expect a partner to meet all of our wants and needs. But using people can be just as big of a problem in polyamory.

Too many couples look at polyamory as a method to release pressure, or avoid the uncomfortable emotions that may come with monogamy. As a result, they have a hard time allowing new connections to grow organically. They may have an even harder time considering that additional, or “secondary” partners have genuine needs.

Of course, there are countless ways to “do” polyamory, so it’s not impossible for a couple to find their very own unicorn who wants all the same things they do. But let’s be honest–that’s not bloody likely.

And while hierarchical polyamory can work for some folks, I have my reservations about it. Mainly because too many couples use the labels “primary” and “secondary” to force relationships to fit into specific molds.

I have been on more than one date with a poly man who cannot quit talking about their primary partner. It becomes so excessive that there’s no way to get to know the guy.

Love is beautiful, but other people were not designed to spice up your relationship. So quit trying to use people to fulfill your own very specific purposes.

Poly is not an “excuse” to cheat, avoid commitment, or abuse another person’s trust. If somebody has problems with honesty, vulnerability, or communication in mono relationships, they aren’t suddenly going to manage well in polyamory.

Some poly arrangements allow for one night stands or other versions of casual sex. It all depends upon what all parties have already agreed upon. And of course, there are poly arrangements which (unfortunately) try to regulate impossible things–like emotions.

People who want the agreement that their partner(s) will never fall in love or get too emotional with anyone else is holding onto control issues–which is a dysfunction unto itself.

Anytime a couple tries to use poly to excuse unhealthy behavior, it’s going to be a problem. And anytime a couple experiences dysfunction within their relationship, covering it up is not a helpful answer.

Please stop. And get the help you need to form healthy connections.

4. Ignoring the fact that one partner is simply not into it.

Back when my daughter and I still lived in Minnesota, her dad started bragging to me about his relationship with his then-girlfriend, now-wife.

“She thinks it’s hot when I hook up with other girls.”

“How nice for everyone,” I replied.

However, when my daughter and I visited Tennessee for her second birthday, I encountered a strangely alpha and jealous vibe shooting daggers straight in my direction. Initially, I chalked it up as my own imagination, until one night my ex, his girlfriend, and I all went out for drinks.

Sure, the girlfriend made lots of comments about our female server being super hot. She even described other girls my ex hooked up with as “lucky,” and said they’d better “appreciate his skills” in the bedroom.

But have you ever gotten the impression that somebody’s partner was more or less pretending to be way into something for the “sake of the relationship?” You can’t help but be uncomfortable for the couple.

My suspicions were more or less confirmed when the girlfriend eventually ran out of the restaurant in tears because my ex had the stupidity to complain that he wished the woman he dated during my pregnancy would have accepted his polyamory instead of kicking him out when he cheated multiple times.

The rest of the evening was pretty damn awkward as his girlfriend swung between tearfully announcing she would never be able to compete with the other ex, and mournfully apologizing to my daughter’s dad.

As a couple more years have passed, I can’t say I envy her position as wife, although her Facebook profile proudly proclaims herself as “Mrs. So-and-So, jealous bitches!” And then when my ex and I briefly discussed my pregnancy scare with another boyfriend, she knocked on my door to tell me to quit talking to her husband about my vagina.

Since then there have been a slew of jealous comments and demands when I am communicating with my daughter’s dad–a man whom I have no interest in. Within a healthy open marriage, the wife doesn’t demand the mother of her husband’s daughter only speak to her, claiming, “he’s my husband.”

These days, my daughter’s dad claims he’s not practicing poly because he works 2 to 3 jobs to support all his kids. He told me that doesn’t like how the women he dates typically complain they don’t get enough time with him. Which leads me to wonder how ethical his non-monogamy has really been.

But since we’re talking about a dude who has cheated and lied in every monogamous relationship since childhood, I’m not holding my breath on ethics.

The entire situation serves as a very heavy reminder that plenty of partners will “go along with something” just because they’re afraid to lose “their person.” That’s not a great way to open up your relationship.

And it’s not fair for any party.

5. Refusing to do the research or work it takes to successfully do poly.

Honestly, it’s not difficult to open up a relationship. Finding more people is the easy part. The hard thing about all of it is managing emotions, expectations, and schedules.

Romantic relationships between two people are already a minefield. You can’t simply add more people to the mix and expect nothing to change. Likewise, you can’t dictate how things are going to change.

Every new connection brings unintended consequences, along with unexpected highs and lows.

Mono couples who are thinking about opening up their relationship have got to prepare themselves for the unexpected because hearts are hardly rational. And they need to do their research too.

Most monogamous couples who choose to open up their relationship do so with the intention of continuing to be each other’s “primary partner.” Or, they’re looking for a “unicorn” to form a triad. As I’ve said, I see problems with a lot of hierarchical models–because they often wind up treating secondary partners poorly.

Whether they intend to do so or not, it’s easy to decide that a secondary partner’s needs always come last. Anyone who is either considering taking on a secondary partner or becoming one to somebody with a primary partner already should read about successful secondary relationships on Franklin Veaux’s polyamory site:

Polyamory and monogamy are not dramatically different.

We like to think of the two types of relationships as polar opposites, but the reality is that unhealthy attitudes about jealousy, attachment, and codependency will fracture any connection–poly or mono.

Furthermore, I don’t believe that either is “good” or “bad.” We are all wired differently, and we owe it to ourselves and partner(s) to be honest about who we really are. There are plenty of healthy poly relationships, and plenty of unhealthy monogamous ones. What matters is how all partners navigate the messy and often conflicting world of human emotions.

Who knows? Opening up your relationship could be the best thing ever–as long as everyone is onboard, kind, honest, and reasonable.

Good luck out there!

8 Things to Ask Before you Say Yes