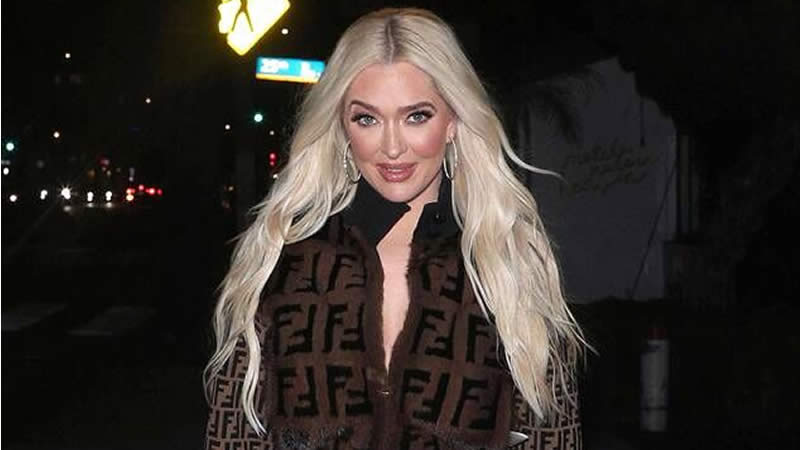 The newly single Real Housewives of Beverly Hills star took on the town on Thursday, Nov. 19, and was spotted publicly for the first time since filing for divorce from power lawyer Tom Girardi on Nov. 3.

A source exclusively told E! News how she’s handling the transition after moving out of their house. “She’s sad but trying to keep her spirits up,” we’re told. “Most of her castmates have been very supportive which she appreciates.”

For the evening hangout, Erika wore a cozy Fendi print jacket, pencil skirt and black knee-high boots. As for the meal, her party ordered grilled corn with shaved black truffle, seared diver scallops and tender stem broccolini, among other dishes, at the California restaurant.

But does the outing mean she’s single and ready to mingle? The answer is a definitive no, with an insider saying, “It’s too soon to date, she’s not ready.”

This month, Erika filed for the divorce after 20 years of marriage due to irreconcilable differences. The legal documents, obtained by E! News, reveal that Erika, 49, is seeking spousal support from Tom, 81. She also wants the court to determine their shared property and confirm that any gifts and inheritances are still hers.

They married on January 7, 2000 and share no children together. She gave birth to her only son, Tommy Zizzo, in 1994 during her marriage with Thomas Zizzo, which ended in 1996.

Tom also has kids from his previous marriages, and Erika was close with his adult children before the divorce. She said on the Bravo show in August, “We always go to Tom’s daughter’s house for Thanksgiving,” adding, “It’s wonderful… She’s a chef, so it’s, forget about it.

On the same episode, Erika also dished, “I got very lucky that Tom has really nice kids… And I’m their age.”

Subtle Signs you Already had Coronavirus

COVID-19 Vaccines are Almost Ready to be Distributed. Who gets them after Health Care Workers? Here’s a list

Emily Blunt was a childhood tomboy