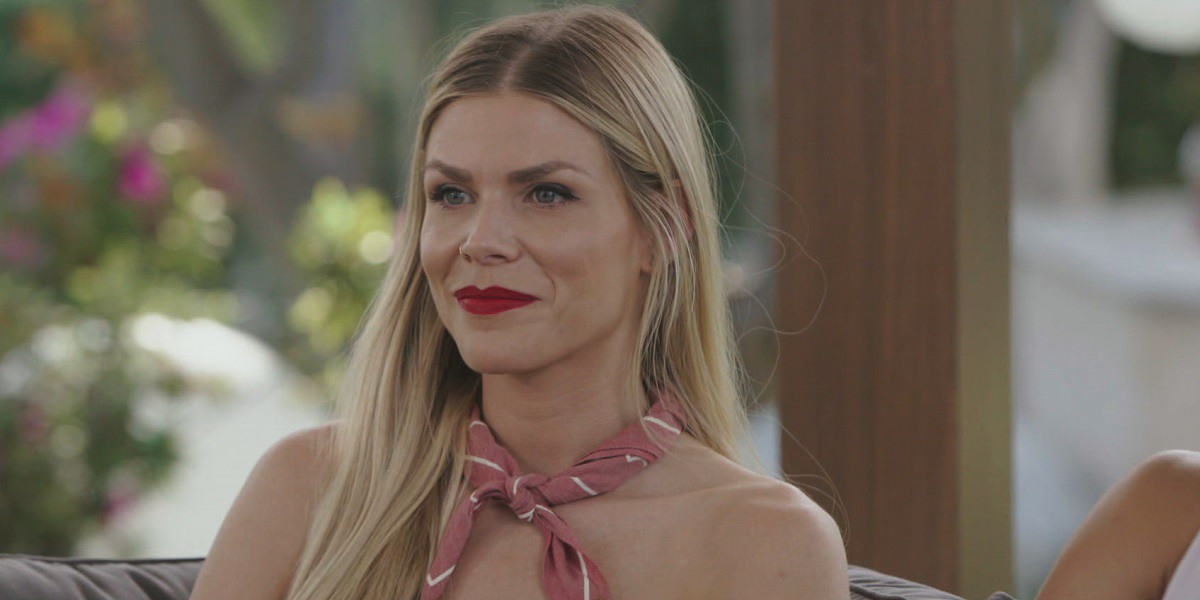 Big Brother All-Stars has been over for a few weeks now, which means the houseguests that participated are slowly but surely getting up to speed on all the stuff that happened outside the house while they were in.

It’s also a time for them to watch their own performances, and read up on some of the criticisms of them and their actions in the house. Well, it appears that Dani Briones has looked into her gameplay, and now she has reached out to apologize.

In a fairly lengthy statement posted on Twitter, Dani Briones addressed many of the unsavory things she said or did during Big Brother All-Stars. Dani took some time to acknowledge her mistakes and talked about some of the things from her own perspective.

I want to apologize for any and all comments that I made that offended anyone while on Big Brother. My number one goal in life is to love others and spread love in all I do and clearly I missed the mark while I was in the Big Brother house and I am deeply sorry. The idea and concept of the show is to lie and manipulate people all while getting close to them and I think this unrealistic way of living sometimes affects what houseguests do and say that is out of character to who they are truly as a person. I am not going to sit here and make excuses, I am here to say I’m sorry. It doesn’t matter to me what I was trying to convey or what I actually meant, what matters to me is how I make people feel and that I hurt people because that’s something I would never want to do intentionally or unintentionally.

Much like many others who have left the Big Brother house, Dani Briones has taken a look at her actions and felt it necessary to offer a public apology to fans and viewers. Dani certainly came under scrutiny for her gameplay and level of deception in the house, but as Dani pointed out, is a necessary part of playing Big Brother. Playing an honest game is rarely rewarded on the CBS series, so it’s in a player’s best interest to act the opposite of how one would assume they’d act outside of the house.

An unfortunate side effect of that behavior occasionally means making a target out of others, which was an activity she and others participated in quite heavily. Specifically, Dani Briones and others caught a lot of flak when they were captured on live feeds mocking houseguest and former winner Ian Terry, and some of his habits stemming from his autism. Dani spoke specifically about that situation and shared information about things the audience didn’t see afterward.

When it comes to Ian, I don’t see Ian as different. I see him as an equal or even as someone who is above me as he has an intelligence that I cannot completely grasp on his level. My sense of humor can be very dry and brash and I joke around with a lot of people I like, and so I would joke around about Ian as I saw him as an equal. I do realize that certain comments I made sounded like I was saying he was faking being on the spectrum and I need everyone to know that is not what I meant. I had very poor wording and that is my own ignorance and I’m very sorry. I would never discriminate against anyone who is on the spectrum and I need everyone to know that is not what I meant…There did come a time in the house that I realized I was being too tough on Ian because he is in fact different and I should be more gentle with my words, reactions, and actions towards him and I will completely own up to everything. I’m still learning. I have personally spoken with Ian many times inside the jury house as well as after the finale about all the things I said and did in regards to him in the house. I adore Ian so much and it kills me knowing I ever said anything to or about him that would offend him or anyone else.

Ian Terry responded to Dani Briones’ apology with a smiley face emoji, which I would assume means he’s confirming that the two did in fact speak about the incident. It’s an update Big Brother fans can take some solace in, especially considering how that controversy became one of the darkest blots on what was supposed to be a celebration of the best of Big Brother.

Dani Briones apologized for the things she was aware of, but also the things she may not be aware of. Microaggressions by houseguests were also a controversy during the season, and Dani explained that like others in the house and around the world, she’s learning each and every day about what is and isn’t great to say.

I also want to specifically apologize for every comment that I made that was a microaggression. I know I’m not just some ignorant white girl, but I also know that from time to time I do make ignorant comments, and again, I’m still learning. I am realizing that I do have blind spots and I’m trying to recognize them so I can change. I am so sorry for any comments I made that were at all offensive and I promise you that I will do better.

Although it’s certainly a long statement, it felt honest and sincere to me. Dani Briones may have been a scheming villain during Big Brother All-Stars, but outside of the game, she seems truly remorseful for any hurt she may have caused and is taking the steps to make amends in any way she can. While it may not be better than if she had caused no controversy at all, it might just be the next best thing.

Big Brother All-Stars is finished, but fans can re-watch the season and all past seasons on CBS All Access. Continue to stick with CinemaBlend in the meantime for more on the franchise, and for the latest news happening in television and movies.